You are in:
Home/ In the news/ Trust bids farewell to non-executive director 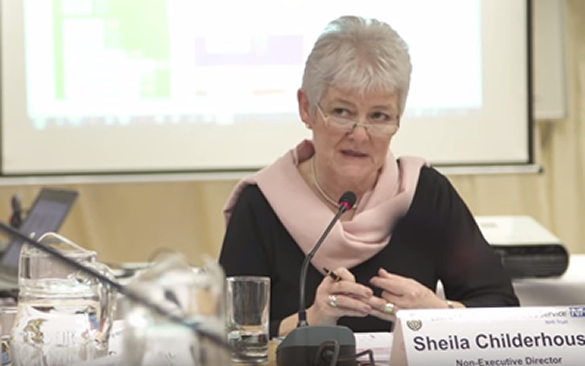 Sheila Childerhouse, a non-executive director at the East of England Ambulance Service NHS Trust (EEAST), will be leaving the Trust at the end of December.

She moves on to take up a new role as Chair of the West Suffolk NHS Foundation Trust.

EEAST Chair Sarah Boulton said: "Sheila joined the Trust at a very difficult time for the service and has been instrumental in our rebuilding process and the significant strides forward we have made. Only two weeks ago we heard how these improvements have been recognised by the national regulator, as we received an improved rating from NHS Improvement. Sheila has continuously shined a spotlight on clinical quality and compassionate care, with patients and staff at the forefront of all discussions.  I want to thank Sheila for her contribution and hard work, she will be sorely missed. We send Sheila to the West Suffolk NHS Foundation Trust with our very best wishes; I know that she will do an outstanding job with them.”

Sheila said: "It had been an absolute privilege to serve as a Board member of EEAST. There is something very special about the service that I will very much miss. The Trust has been on a demanding journey in the last four years and I am very pleased to leave it in a much more positive place than when I joined in 2013. We now have a committed and able leadership team and a strong and experienced Board. The whole NHS is facing tough challenges and I believe EEAST is in a good place to face those. I wish colleagues well in the journey to come."

Sheila joined EEAST in the summer of 2013 as a non-executive director for an initial six-month period and then a permanent appointment in December 2013.

News of Sheila's departure comes after EEAST was given an improved rating by NHS Improvement last month. The NHS Improvement Single Oversight Framework rates each NHS trust and last month it was announced that EEAST had moved up to level 2 from level 3, as a result of the sustained progress made against quality of care, finance and use of resources, operational performance, strategic change and leadership and improvement capability within the service. Trusts are rated according to the level of support each trust needs: