You are in:
Home/ In the news/ Supporting patients to avoid a repeat of a diabetes emergency

Supporting patients to avoid a repeat of a diabetes emergency 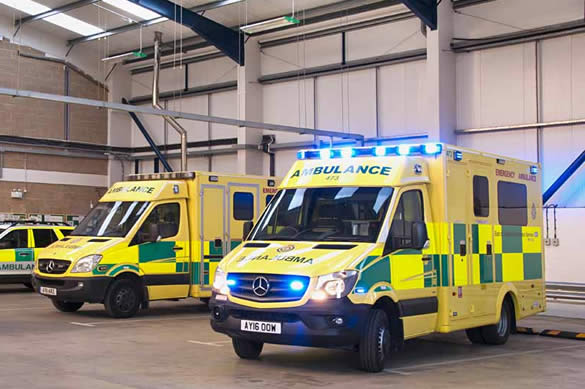 Thousands of patients have received extra support to avoid another diabetes emergency.

The East of England Ambulance Service NHS Trust (EEAST) has referred its 3,000th patient through an educational pathway designed to support people with diabetes.

The Eastern Academic Health Science Network (EAHSN) has teamed up with the ambulance service to help people with diabetes when they experience a ‘hypo’ caused by very low blood sugar levels.

A team of 12 project managers and educators, based in Norwich, Cambridge, Colchester, Ipswich, Bury St Edmunds and Stevenage, have been working with patients, GPs and hospital teams to reduce hospital admissions and ambulance attendances as a result of hypos.

The project is funded by EAHSN and has been running since December 2014.  People with diabetes attended by EEAST staff after a 999 call now benefit from a one to one education session with clinical educators, where the cause and future prevention of hypoglycaemic episodes are discussed.

Professor Mike Sampson, who is a consultant in diabetes at the Norfolk and Norwich University Hospital which hosts the project, and who chairs the Diabetes Clinical Study Group (CSG) said: “The issue of severe hypo in people with diabetes is more common than we realised with up to 10,000 emergency calls per year in the East of England. This puts a lot of pressure on the region’s ambulance service, A&E departments, and admission wards, and the project aims to reduce some of this pressure over the next few years.”

There are about 300,000 people with diabetes in the East of England, and EEAST receives around 10,000 emergency calls a year from people having a diabetes emergency.

Amanda Harries, Diabetes CSG Programme Manager, said: “The project aims to bring together GP and hospital teams across the region to deliver this new education for patients; we are working closely with the East of England Ambulance Service to ensure that all patients who are referred are contacted and offered an education session which will provide them with the information they need to avoid future hypoglycaemic episodes. The response from the ambulance crews has been fantastic and we are seeing referral numbers increase every week. Patients referred to the pathway have been very receptive to the support and education offered.”

Helen Hall, Research Paramedic for EEAST, said: "The Diabetes Hypo Project went live on 17th December 2014 and to date we have received just over 3,000 referrals from crews. This is a great result by our crews who know that when referring someone with diabetes they will get the help they need to better manage their diabetes and so reduce 999 call outs and possible visit to A&E."