You are in:
Home/ In the news/ Register for Rosie 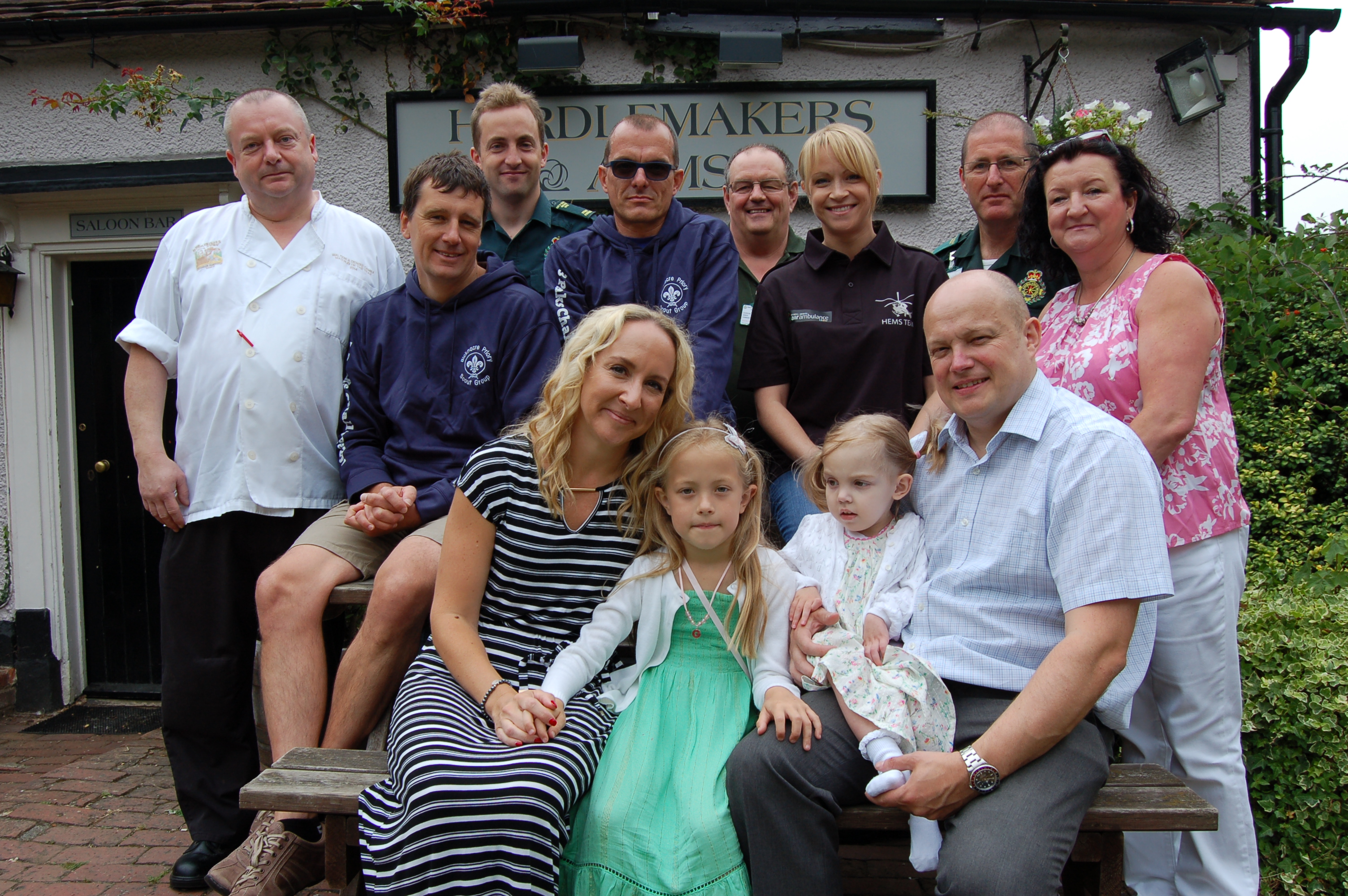 These three words are every parent’s worst fear, but for 39 year old Sara and 44 year old Barry Day of Danbury, Essex they are an all too real and painful memory from the night of 20 December 2015 when their baby girl Rosie nearly lost her life.

Flash forward one and a half years and Rosie’s family finally got the chance to thank the volunteers and clinicians from The East of England Ambulance Service NHS Trust (EEAST) along with the doctors from Essex & Herts Air Ambulance that rushed in help save little Rosie’s life that fateful evening.

Speaking at the reunion, Rosie’s mum Sara said: “Thank you very much to everyone that’s helped in Rosie’s journey. She’s now here with us; we can live life to the fullest and make the most of every precious moment.”

Simon Jesney, EEAST paramedic said: “It is heart-warming to reunite with Rosie and her family and see Rosie smiling and growing stronger by the day.”

Stuart Little, an active member of the Danbury community first responder (CFR) group, was the first clinical aid to arrive on scene. Speaking of the night, Stuart said: “Rosie is so lucky that her mum [Sara] had the forethought to learn CPR and have a defibrillator installed in the village. If it weren’t for the early lifesaving intervention Rosie received that night, the outcome could have been disastrous. I urge more small villages and rural locations to do the same, it might just save your life too one day.”

It was the week before Christmas in 2015 when Rosie, who had been diagnosed with restrictive cardiomyopathy (RCM) earlier that year, went into cardiac arrest.

If it weren’t for the swift actions of Rosie’s mum Sara (who had recently participated in a Heart Start course run by her local community first responder group), Rosie could have easily lost her young life that night.

When Rosie stopped breathing, Sara immediately started CPR while one of her neighbours dialled 999 and the other ran to the local pub, The Hurdlemakers Arms, to grab the defibrillator (AED) that had been installed for public use earlier that year.

The first clinical intervention arrived on scene not long after by way of Danbury Community First Responder (CFR), Stuart Little. He is a volunteer who assists the East of England Ambulance Service NHS Trust (EEAST) to provide life-saving early intervention to the sickest and most time critical patients in the area where they live or work i.e. those suffering cardiac arrest or breathing problems.

Stuart was closely followed by an EEAST ambulance crew, air ambulance crew and rapid response vehicle. After a quick clinical assessment, Rosie was rushed by road with the Essex & Herts Air Ambulance crew to Broomfield Hospital where she received expert care and, to the joy of her family, was discharged just in time to spend Christmas at home.

Following that evening Rosie was placed on the urgent heart transplant list and cared for at home by her mum, Sara.

Sadly though, Rosie’s condition deteriorated and in February 2016 she was placed on a mechanical heart; the only thing keeping her alive while she waited for a donor heart to become available. During that time Rosie suffered two brain bleeds (requiring two emergency craniotomies), a number of strokes and was getting weaker and weaker by the week.

When all hope had nearly faded and Rosie was almost out of time, one early morning in July the family finally received the call that there was a possible match for Rosie. That very same day Rosie received the heart that she so desperately needed.

Unfortunately though there are so many children that sadly run out of time. And despite Rosie still battling the road to recovery, Rosie’s family have set up a campaign dedicated to informing the public on how they too can register to donate organs on behalf of their children.

Please visit Register for Rosie (www.registerforrosie.com) to read more about Rosie’s journey and find out how to register for organ donation.