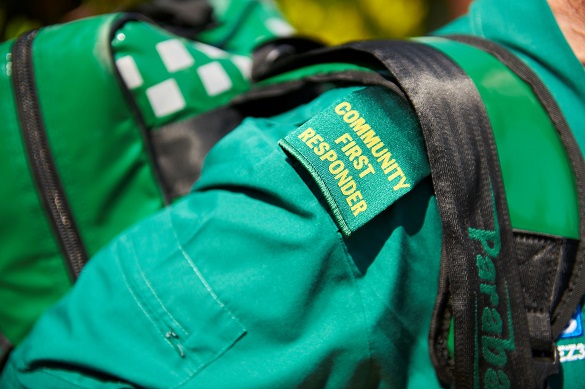 Andrew Barlow, the community response manager in Norfolk and Waveney, will be on hand at various locations across North Norfolk to explain the role of CFRs in supporting their local community and the East of England Ambulance Service (EEAST).

CFRs are volunteers who work alongside colleagues from the ambulance service and respond to situations within their local community quickly during the critical first few minutes following a 999 call.

All volunteers are trained by EEAST to deal with life-threatening situations, ranging from cardiac arrest, chest pains and strokes to fits, falls, breathing difficulties and severe diabetic attacks.

CFRs carry an oxygen supply and defibrillator enabling them to deal with patients immediately until paramedics arrive at the scene.

Andrew Barlow and his team will be at the following locations over the next month:

Andrew Barlow said: “CFRs provide a valuable service within their local communities, ensuring that patients receive the care they need as quickly as possible.

“In certain situations, a CFR being on scene first can mean the difference between life and death and the recruitment roadshow will hopefully both increase awareness of the vital role CFRs play in their community and increase our number of volunteers.”