You are in:
Home/ In the news/ National responder role for ambulance manager 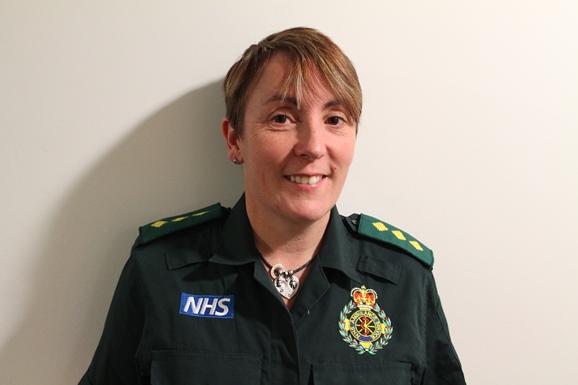 An ambulance manager has landed a lead role on a national body for volunteer life-savers.

She has represented the East of England Ambulance Service NHS Trust (EEAST) on the forum for the last two years, and is looking forward to the new role: “This is a very positive role on a body that looks at best practice for community first responders and how to develop CFRs.

“It is a new challenge and an opportunity to help shape a nationally co-ordinated approach for the development and promotion of responders to provide the best patient care.”

As the service’s Regional Blue Light Collaboration Lead, Wendy has this year overseen the launch of co-response schemes with fire and rescue services, resulting in firefighters attending more than 350 patients in cardiac arrest in the East since May.

The national forum meets quarterly to discuss issues relating to CFRs and co-responders and the promotion of defibrillators in communities. There are about 12,000 responders nationally, with 1,000 in the East of England.

They are trained by ambulance staff to respond to medical emergencies such as cardiac arrests, patients with breathing difficulties, chest pain, allergic reactions, chokings and diabetes emergencies.

For more information about becoming a CFR, visit http://www.eastamb.nhs.uk/join-the-team/community-first-responders