You are in:
Home/ In the news/ Luton ambulance staff cross the Milton Keynes finish line for charity 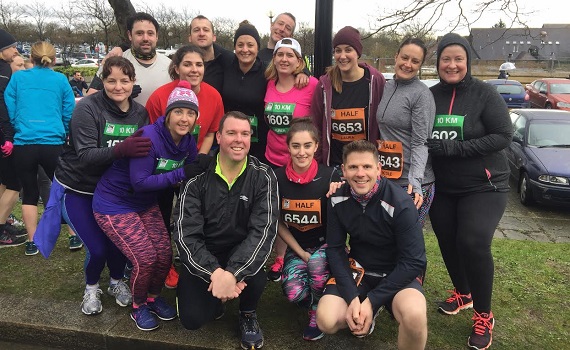 A group of ambulance staff swapped their greens for their running gear last weekend, completed the Milton Keynes’ festival of running, and raised more than £2000 for charity.

The team of 15 from the East of England Ambulance Service NHS Trust (EEAST) have so far raised a fantastic £2,258 for Keech Hospice, a Luton based charity which provides essential care to adults and children who have life-limiting and terminal illnesses.

They completed the 10K, half marathon and 20-mile race last Sunday (5th March).

Emergency Medical Technician Jon Sayer, who ran the half marathon, said: “I am so proud of everyone that took part. We had well-seasoned runners and total beginners that completed their first 10k, and there were some extremely quick times too. Everyone did extremely well.”

The run follows on from the Luton station open day that was held on Saturday, 25th February, where the public got a sneak peek behind the scenes of a working ambulance station. The day raised more than £600, which will also be going to Keech.

If you would like to make a donation to, please visit the team's JustGiving page at www.justgiving.com/fundraising/yourpaceormine-ambo...