You are in:
Home/ In the news/ Five years of educating Peterborough about the work of EEAST

Five years of educating Peterborough about the work of EEAST 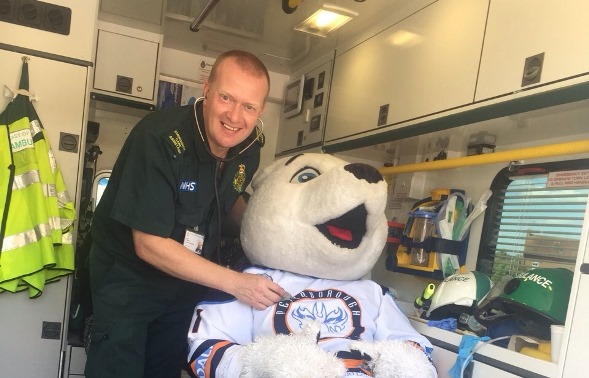 It began when Steve Wainwright overheard a phone call asking for the ambulance service to visit a Peterborough school.

Five years on, the emergency medical technician (EMT) has attended almost 90 community events and has spoken to thousands of children and young people about his job.

Tomorrow (15th December), Steve will be visiting Parnwell Primary School in Peterborough on the fifth anniversary of his public engagement visits.

The award-winning ambulance worker visits schools, colleges and community events in his spare time and 50 colleagues from the East of England Ambulance Service NHS Trust (EEAST) have supported over the years.

His visits involve showing children the medical equipment the ambulance service uses and gives them a behind the scenes tour of an ambulance, as well as demonstrating its blue lights and sirens.

Steve said he hoped to hand over the baton to a colleague when he reaches the 100 mark.

“It was only by chance that this happened when I overheard a phone call where someone requested an ambulance to attend their school. It has been a blast. A lot of the schools organise ‘people who help us weeks’ and the children really enjoy it. Hopefully it will encourage the next generation to become ambulance workers!”

“I have been stopped by parents in the street who said that when their son or daughter sees an ambulance, they think it is me!"

Steve won an award last year from the Association of Ambulance Chief Executives (AACE) at the Ambulance Leadership Forum.