You are in:
Home/ In the news/ Double joy for community first responder groups 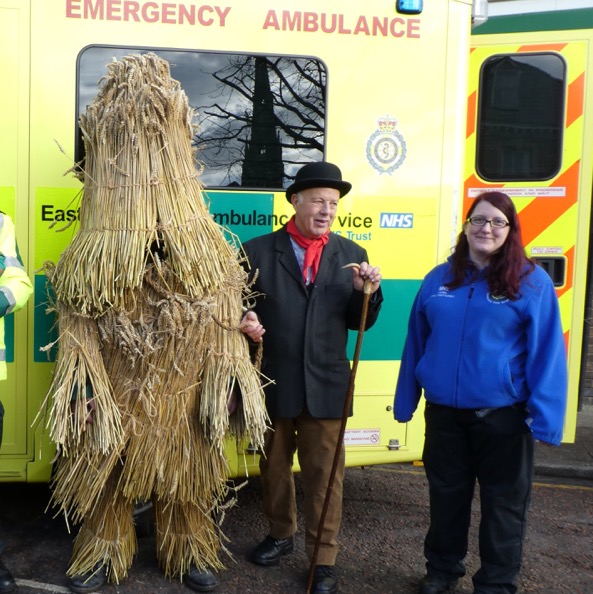 Two separate community first responder groups (CFR) have enjoyed the taste of success at events across the region recently.

The Whittlesey CFR group have thanked the public for being so engaged at the Straw Bear Festival and are urging those who are interested in signing up to save lives as CFRs themselves in 2017.

Laura Philpott, co-ordinator of the group said: “It was a fantastic day, hundreds of people attended with many of those finding out more about what we do in our community.”

Mark Wade who works for the Trust said: “It was a great morning, Laura and Kirk who are both responders, distributed leaflets inviting new members to join, Trust clinicians who were off duty stopped by for a chat and there was a steady footfall of children who took the opportunity to look at the ambulance and ask questions and overcome their apprehension and concerns.”

Meanwhile the CFR group in St Albans received a donation of £650 from two surgeries following a successful training session.

Ray Saunders and Dave Simmons trained staff at the surgery basic life support skills including CPR and how to use defibrillators – with brand new ones being fitted outside of both surgeries.

Ray said: “It was a fantastic day; they were so delighted with the event that a fundraising evening raised £650 which they donated to our group. We are now working alongside other groups in the area with back up refresher training every six months.”