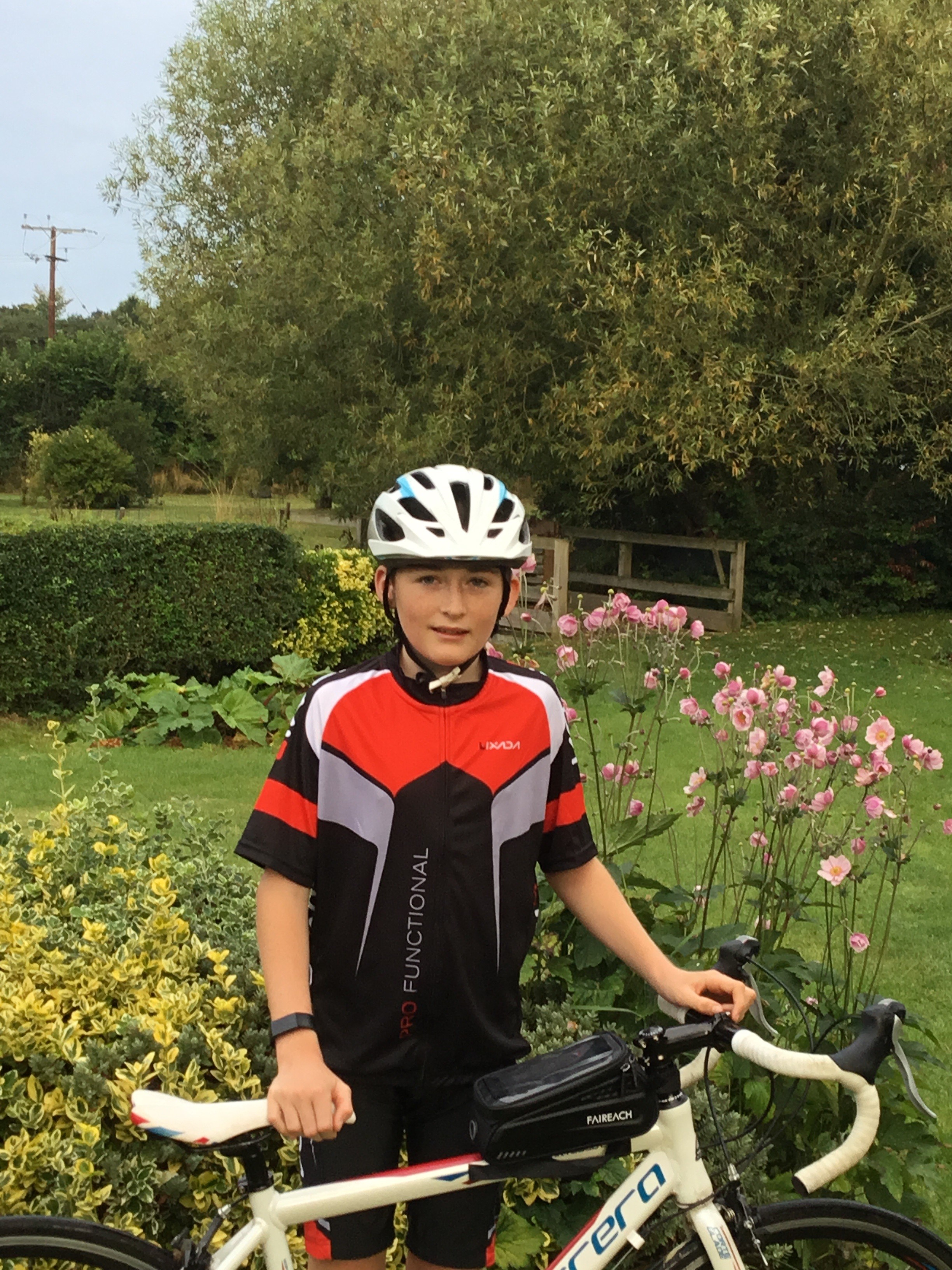 A young boy who fell out of a tree and was treated and taken to hospital by EEAST’s HART team, took on a fundraising challenge this weekend to say thank you.

Connor’s mum, Claire Dyer, explained, ‘Connor’s accident happened earlier this year, on 29th March. He was building a den with his brother in the woods about one and a half miles from home when a branch snapped and he fell out of a tree, at a height of three metres.

‘His 13 year old brother Callum phoned home and their parents rushed to meet them, finding Connor in a lot of discomfort and reluctant to move. The family called an ambulance and Connor’s brother ran back up to the road to direct the ambulance, with the crew having to drive down farm tracks and across a stream to reach him.

‘After assessing Connor’s condition and position the crew called the HART team, who arrived and were directed to Connor by his brother. Connor was assessed and extracted from his position by the HART team. He was then taken to West Suffolk Hospital and amazingly just suffered a dislocated shoulder and soft tissue bruising. He recovered well and was out cycling and back playing football a couple of weeks later.

‘We were amazed at how quick and efficient the HART team were and the way they managed to keep Connor calm throughout.’

To say thank you for all their help, Connor recently cycled 25km and ran 6km. If you would like to support Connor’s challenge you can find out more on his JustGiving page.

EEAST’s Charity operates for the benefit of staff, patients, and volunteers. To find out more visit Charitable fund