You are in:
Home/ In the news/ Congratulations to the ECP car team honoured at community awards

Congratulations to the ECP car team honoured at community awards 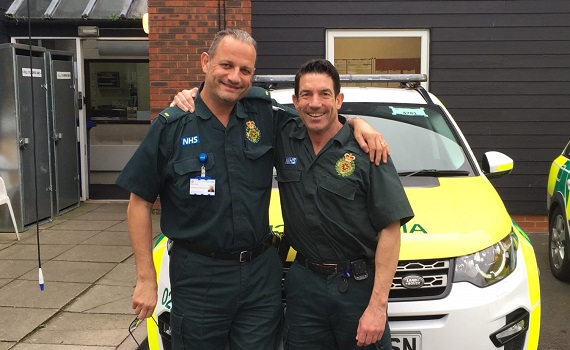 Two Emergency Care Practitioners are celebrating after being honoured with a community service medal.

Richard Holt and Gary Clark from EEAST were presented with an award for their work on the Emergency Care Practitioner car in Essex.

The car was set up last year to treat more patients at home, rather than taking them to hospital.

Richard and Gary joined the other nominees at the Epping Council Civic Awards last month.

Richard said: “We were thrilled to have been nominated, let alone to win it! It’s the scheme that has won the award and it’s lovely that it has been recognised within the community.”