You are in:
Home/ In the news/ CFR group expands to help more patients in Suffolk 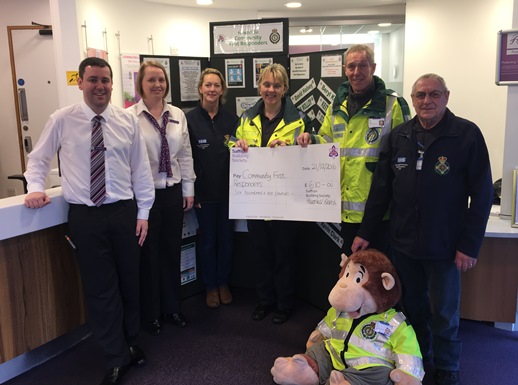 A community first responder group has ended the year on a high after expanding to help more patients in west Suffolk.

Kedington and Hundon CFRs began responding just before Christmas and are part of the Haverhill group which has been running for 15 years.

There are five active volunteers in Kedington and Hundon who are available to attend medical emergencies in their communities.

David Halsey, co-ordinator, said: “We now have two kit bags and this will allow us to cover a big area and look after more people. During 2016 we have grown to 23 active responders to make sure cover as many hours as possible.

This is a great achievement and we couldn't have done without the support of the community, local councillors and parish councillors.”

The Haverhill group also received a funding boost from Saffron Building Society after £610 from its Christmas raffle was donated to the community first responders.