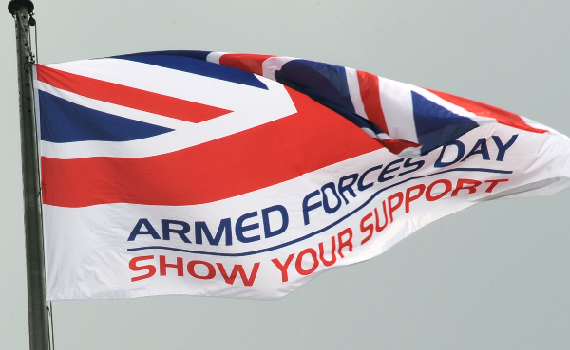 16 paramedics and EMTs from Mid-Essex, some of whom are British Army reservists and veterans, will tackle the Three Peaks challenge in July to raise money for Combat Stress, the UK’s leading charity for veteran mental health.

Pictured Marc Dawson, Student Paramedic (Left) and Alex Price, Paramedic (Right) who are both based in Chelmsford.

Combat Stress provides support for Armed Forces personnel who are experiencing post-traumatic stress disorder (PTSD), anxiety and depression; often caused by exposure to battlefield conflict. On July 16th, the team will tackle the three highest mountain peaks in Scotland, England and Wales within 24 hours, in order to raise money for the charity.

The charity is close to their hearts as in November 2019, James Dunlop, a combat veteran of ‘The Vikings’, The Royal Anglian Regiment sadly died unexpectedly at his home in Essex. James had aimed to complete the Three Peaks Challenge himself, and so his brother, Marc who is also an EEAST EMT, established the team to complete the challenge in his honour.

James served in the British Army for a number of years and saw conflict in Iraq and Afghanistan before becoming injured by an improvised explosive device (IED) in 2009. Following the injury, James received assistance from Combat Stress during his recovery and hoped to repay the charity for the support he received.

Just £21 can fund one hour of telephone support for the Combat Stress mental health helpline, an invaluable service for the thousands of veterans experiencing mental illness in the UK.

‘Mental illness experienced by some combat veterans is a heavy burden, and can manifest itself anywhere along a spectrum from mild anxiety and depression to severe PTSD and unfortunately, even suicidal thoughts.

‘Combat Stress have been supporting veterans since 1919, offering various therapies, counselling and intensive residential treatment following every conflict since they began, improving the lives of thousands of servicemen and women and providing support for their friends and families.

‘Marc is a much loved friend, colleague and fellow Army Reservist who has selflessly used his devastating loss as a catalyst for positive action. To complete this challenge we will have to work continuously for 24 hours climbing mountains in darkness and driving across three borders with minimal opportunity for rest. We are really hopeful that our colleagues from across EEAST will dig deep and donate to an excellent cause and share their support for the entire team.’

If you would like to sponsor Aaron, Marc and the rest of the team you visit their fundraiser page.