You are in:
Home/ In the news/ Ambulance staff set for Three Peaks Challenge 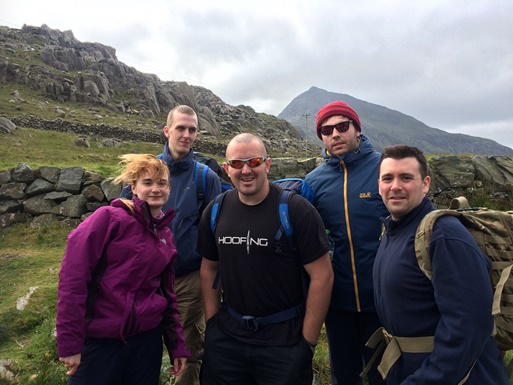 Five ambitious health workers have set themselves a charity quest to complete the Three Peaks Challenge.

Phil Parr, Daniel Hansen, Damian Atkinson and Oliver Barker work for the East of England Ambulance Service NHS Trust (EEAST) in north Cambridgeshire and will be joined by Joe Quemby who also works in the health sector.

The Three Peaks Challenge involves climbing Ben Nevis in Scotland, Scafell Pike in Cumbria and Snowdon in north Wales in 24 hours – or as near to it as possible.

The team’s designated driver is Ian Forbes, whose daughter Zoe attends the Helping Hands Group centre in Peterborough for adults with learning disabilities which will benefit from the fundraising the group achieve.

Phil said: “We would like to raise £1,000 for the Helping Hands Group to support the development of a new sensory garden in the soon to be opened Wisbech centre and to provide some new IT equipment which is compatible with the needs of those attending the centres.”

On Monday (18th July), the team will start by climbing Ben Nevis at 4pm. Within the following 24 hours they will aim to climb the other two peaks.

The Helping Hands Group aims to promote and encourage adults to learn and further develop important life skills, including the ability to communicate and interact effectively with their environment.

To sponsor the team, visit https://crowdfunding.justgiving.com/3peakschallengeforhelpinghandsgroup