You are in:
Home/ In the news/ Ambulance service charity day on target for fundraising milestone 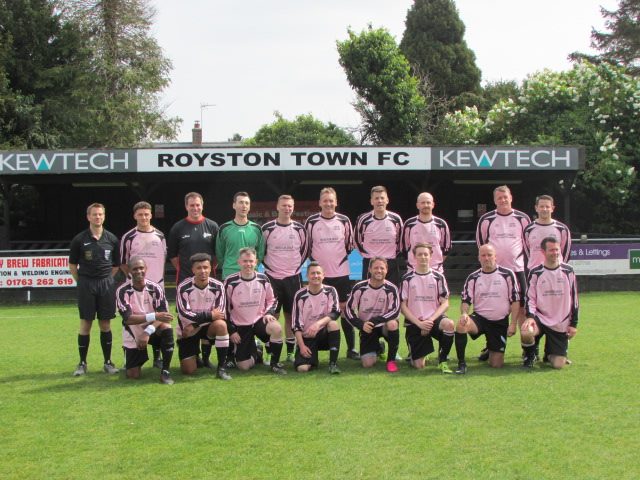 Bill Shankly famously said: “Some people think football is a matter of life and death. I assure you, it’s much more than that.”

And for a charity team put together to take on the Arsenal Charity Team on Sunday (7th May), they would tell you that they agree with Mr Shankly.

United for the Innocents, a team made up of our staff and players from Royston Town FC, went head to head against the likes of Ralf Little and Tommy Walsh all in the name of charity, namely War Child and the Arsenal Foundation.

It was a fun filled day with Arsenal emerging victorious in a 4-2 win, but the real winners were the charities involved. In total £2,162 has currently been raised with 70% going to War Child, the specialist charity for children affected by conflict, and the rest to the Arsenal Foundation charity.

Hundreds came to view the spectacle, hosted at Royston Town FC, with the crowd treated to half time entertainment, food stalls, and an auction that saw an Arsenal shirt signed by the first team sell for £150.

Hazardous Area Response Team Paramedic Laura Godfrey from the Trust said: “It was an amazing day and a fantastic effort from everyone involved. To raise such a substantial sum of money for good causes is great news. The Arsenal Charity Team has offered to make it an annual event which is brilliant to hear.”

The money for War Child will go towards helping to protect, educate, and standing up for the rights of children caught up in conflict.

To find out more about War Child and support the charity visit www.warchild.org.uk.

To donate to United for the Innocents, please visit: https://www.justgiving.com/fundraising/For-The-Innocents-In-Support-of-War-Child