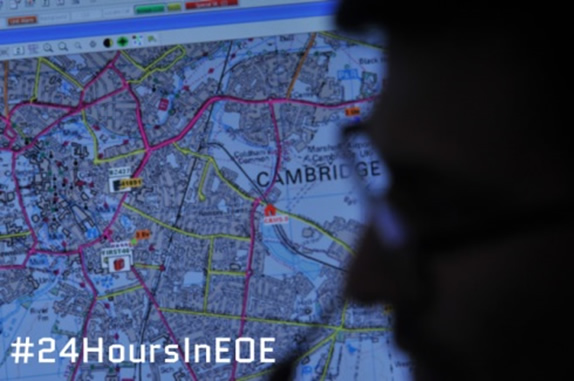 Users of the popular social media platform Twitter are invited to take a sneak peek into the life of the region’s ambulance service when it runs its latest 24-hour Twitterthon.

The first ever event of its kind took place in 2015’s 'Black Friday', when the East of England Ambulance Service (EEAST) tweeted live for 24 hours from around the region during one of the busiest days and nights of the year for emergency services due to Christmas parties and nights-out .

The 20th July in 2016 was the Trust’s busiest summer day for 999 calls, but the aim is also to expand on the core business work by covering more areas including non-emergency and support services and giving a glimpse at the pressures faced during the summer.
Tweets will start rolling from 7am in Waveney, and will include an A&E crew, the Patient Transport Service, an Early Interventions Vehicle, Fleet, a community first responder and will then go through the night shift with Bedford EOC.