New life, cardiac arrests and everything in between 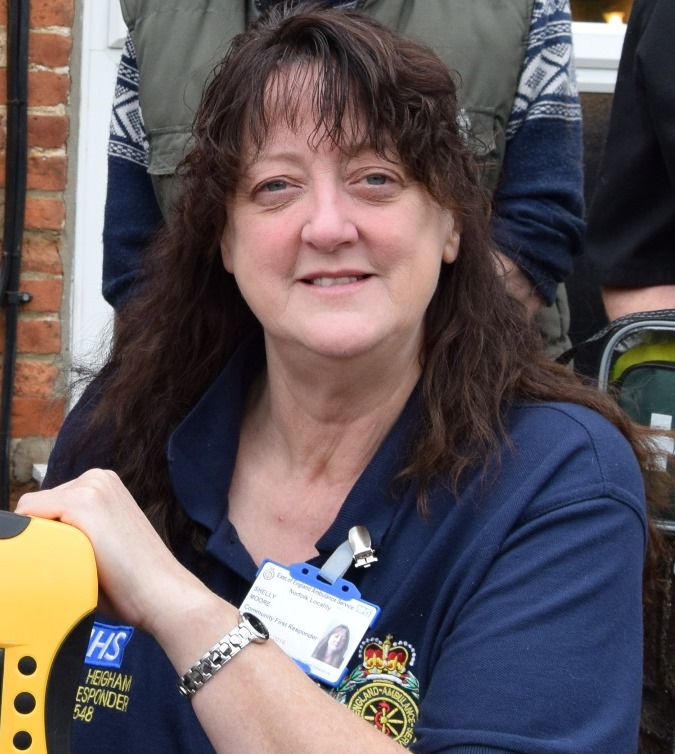 Shelley Moore has been a call handler for the East of England Ambulance Service NHS Trust (EEAST) for a year...

Tell us about an average shift and the types of calls you get?

I am not sure that there is such a thing as an average shift as every shift is different. And calls literally cover everything you can think of. From new life with women in labour, to cardiac arrests and everything in between you name it we get called for it. Falls, strokes, chest pain and breathing problems are very common of course, but we also get people with more minor things like nosebleeds and being sick. And that's when the triage system we have learned sorts the priority of the call for the dispatchers to send a response. We also take calls from GPs organising transport for patients to hospital, and police making us aware of things like traffic accidents. No two shifts are ever the same!

What are the most rewarding aspects about the job?

I think one of the most rewarding aspects is knowing that when someone calls for help, you are the first voice they hear. We are taught to be calm, reassuring, and patient with our callers.  And remember that for some people their call to 999 is literally a life or death situation. Not everyone says thank you, and that's understandable in some circumstances but you know you have made a difference even if they don't say it.

What are the biggest challenges being a call handler?

I think one of the biggest challenges of being a call handler can be the sheer volume of calls, and the fact that more and more people seem to think that they need an ambulance when in fact a trip to their GP would be far more appropriate. Especially when people get agitated if their call is triaged for a call back from one of our clinicians. Some people will call back in 10 minutes and try again, some will get abusive and angry.

What is your most memorable call?

Probably the call from a teenage girl who had found her dad collapsed and not breathing properly. He was going into cardiac arrest and I had to talk her through what to do whilst her younger sister was standing at the top of the stairs just screaming. I reassured her she could do it, that we could help her help her dad until the crew arrived. I could hear how badly she wanted to lose it and panic, but between my encouragement and her listening and willingness to follow what I was saying, she got him on the floor and started CPR. She did everything I asked her to do. When the crew arrived, I took a moment to tell her that she had done really well and given her dad the best chance she could. She said "Thank you. Thank you for helping me help my Dad". I was so struck that in the middle of her worst nightmare she thought to say thank you. Sadly her dad didn't make it but I still think about her and hope that she knows just how proud her dad would be of her.

How do you handle dealing with very traumatic calls?

Sadly no call handler can escape traumatic calls, but we have a great team around us. Your colleagues around you are often aware that yours is a tough call, even if they are dealing with their own calls, and afterwards you will get a reassuring "Are you OK?  You did well there". Your team leader too, as well as duty EOC officer will be aware if a call has been particularly hard, and if you need to you can speak to them, or take a few minutes out of the room to settle your thoughts and even shed a few tears if you need to. Everyone is so supportive of each other as we have all been in the same situation. Personally, I try to focus on the fact that someone called for help and I was there for them, that I did all that I could to help them.

What are the most ridiculous/ inappropriate calls you have received?

Even in the year that I have been a call handler I have had my share of inappropriate calls. A lady who had been shaving her legs in the shower and cut herself, a very jolly drunk who said he needed an ambulance because he "kept bumping into things", someone who had a spider land on their arm and they were worried because it didn't bite him but he was worried about the ecosystem as it didn't look like a native spider, a woman who was distressed because she had smoked a cigarette and now could not do the washing up and more. But I think the call just recently when a man called me for his brother who had a toothache. They were calling from literally right outside A&E at the hospital and had called an ambulance because they had been told they would have to wait several hours to be seen as it was not a medical emergency and he needed an ambulance as his brother was in a lot of pain from his tooth! He was triaged for a clinician call back and it was suggested that instead he could go back into A&E. Having been see at A&E and given pain relief and advised to sort a dentist appointment and some further pain relief from the pharmacy, he called again the next night for an ambulance as they forgot to get the painkillers and he simply had to have an ambulance as the tooth was still giving him a lot of pain.

How do you stay professional, even when a caller is abusive to you?

I won't deny it, it's tough sometimes, especially when they are already shouting and swearing as you answer the phone. Hopefully by staying calm we eventually get the caller to calm down - it doesn't always work, and we do have the option of passing the call over to our team leader who can terminate the call if they don't calm down. It's important though to recognise that some people come across as aggressive because they are scared and try and be gentle with them to get them to calm down. But for some they just want to vent their anger for reasons known only to themselves. Generally staying calm will work eventually - after all they call me for help and when they realise that screaming and shouting is not getting them any further forward they will begin to answer the questions.

Shelley Moore is a dedicated, loyal, trustworthy and efficient call handler. I only wish that when I was forced to call 911 when my husband had a heart attack, that someone with her ability to reassure and calm the hysterical caller, had answered. My commendations to someone who deserves a gold medal for her outpouring of warmth and fulfillment for a difficult job well done!

Interesting stuff! I'm aspiring to join the team in the near future, and this is a great glimpse of the inside workings.