Jo Lambert talks about the role of the critical care desk 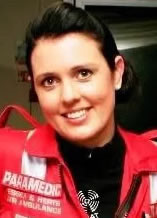 What happens and what are the main functions of CCD?

The main functions of the critical care desk (CCD) is to look after the critical care resources within the East of England, which includes five HEMS (Helicopter Emergency Medical Service) teams and all of BASICS (British Association for Immediate Care). CCD also works alongside the incident command desk (ICD) who look after both HART (Hazardous Area Response Team) resources and large incidents for the East of England Ambulance Service NHS Trust (EEAST). CCD consists of a critical care paramedic (CCP) and an air ops dispatcher who filter through the 2,500 calls EEAST receive each day, and decide which calls would benefit from critical care support. CCD also liaises with the Network Coordination Service (NCS) reporting all of the major trauma positive calls within EEAST. CCD also offers support to crews when they are on scene needing immediate critical care and support. We work closely with neighbouring HEMS teams and ambulance Trusts offering mutual support.

What does an average shift on CCD involve?

The shifts are 12 hours long and there is always a CCP and dispatcher available 24/7 on CCD. An average shift would consist of filtering all the 999 calls within EEAST deciding where critical care is required, we support the crews on scene and en route to calls with triage decisions and the Trauma Triage Tool (TTT). The HEMS teams are logged on and off with us and we dispatch them across EEAST to the most appropriate calls. We also have a medical team available all through the night. BASICS are available 24/7 and we also dispatch them to calls where critical care is required. CCD can be very busy because the three control rooms will alert us to calls, crews call us on 202 and the CCP and dispatcher filter through calls as well.

Tell us about the kind of jobs you handle on CCD?

CCD looks after the critical care calls within EEAST, these can be anything from road traffic collisions, falls from height, cardiac arrests, septic patients, head injuries as well as larger scale incidents working alongside ICD. We also support ICD and look for calls that would benefit from HART, this could include sending the MIBS stretcher to scene to assist a crew with extrication.

How do you liaise with HEMs and other critical care colleagues?

CCD is a single point of contact for all critical care within the region and we contact the resources either by direct radio transmission with the aircraft or by digital radio. We are in daily communications with the neighbouring CCDs by phone and we also have access to contact their aircraft by radio if they attend a job in our area to speed up communications. Every month we have clinical governance days in EEAST hosted by each of the HEMS teams (Essex and Herts, East Anglian and MAGPAS) where we discuss the cases the teams have been to, these are open to all staff to attend as well.

What are your most memorable moments of working on CCD?

The way the desk has developed and how channel 202 has helped crews to be able to contact CCD and get support 24/7. CCD is a challenging place and as a clinician it can be hard making decisions when sat at a desk in the control room, the best part is the team we have on CCD and ICD because when challenging incidents come in we all pull together. It is very rewarding knowing CCD has identified a call and sent critical care to a scene and the patient has received hospital based care at the side of the road.

What are the challenges of managing an incident from CCD?

Crews are busy on scene and sometimes it can be very hard to obtain all of the information we require to support them and send critical care to the scene. It can be difficult to contact the other emergency services and get information because they are normally just as busy as the ambulance crew. When CCD is busy you have to prioritise the calls and although five HEMS teams sounds like a lot it isn’t when you have several sick patients requiring a team.

What are the best bits/ worst aspects of working on CCD?

The best part is the team I’m with everyone really works well making sure CCD and ICD cover all the incidents requiring critical care and HART support. The worst part being on CCD is not being able to help a crew when they need critical care on scene and the HEMS teams and BASICS are too far away from them, that’s frustrating especially as we are all CCPs that work on HEMS and know what is required for the patient and to assist the crews. What advice would you give to staff wanting to get into critical care? Go for it! It is by far the best job in the world, I’ve been very lucky but I’ve had to work hard to be a CCP but it’s been 100% worth every second.