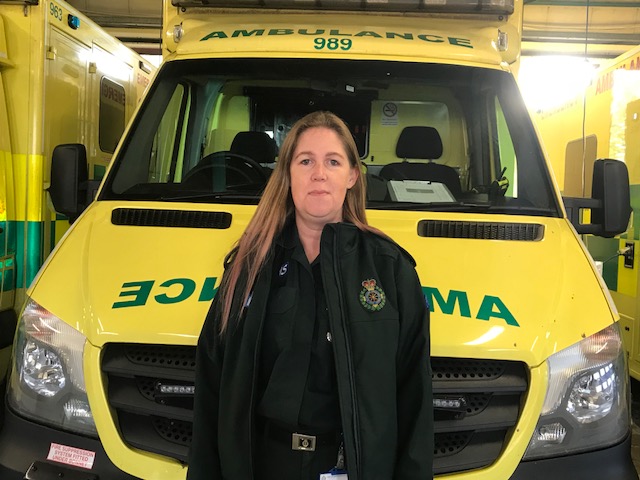 Student paramedic Jo Dickson, who is based at Huntingdon, has agreed to waive her anonymity and tell her story after she was sexually assaulted by a patient in October 2016 in Peterborough. Her attacker received a suspended custodial sentence and was placed on the sex offenders’ register following a court case in March.

I was on a night shift and was called to an intoxicated man who had fallen off his pushbike in Peterborough.

When we got him on the back of the ambulance he started grabbing me inappropriately and grabbed me on numerous occasions to the point that I was edging further and further away from him.

When we arrived at hospital we had to wait in a queue for a while and while we were in the queue he grabbed me again and the hospital staff got security.

It does not matter how drunk you are and what language you speak you understand when someone says ‘no’ and pushes you away. He knew what he was doing.

It makes me more weary now and I am always on my guard. It makes you feel degraded and dirty.”

He was taken to court and originally pleaded not guilty, but changed his plea at the last minute so that I didn’t have to give evidence. He had never been in trouble with the police before so they took that into account.