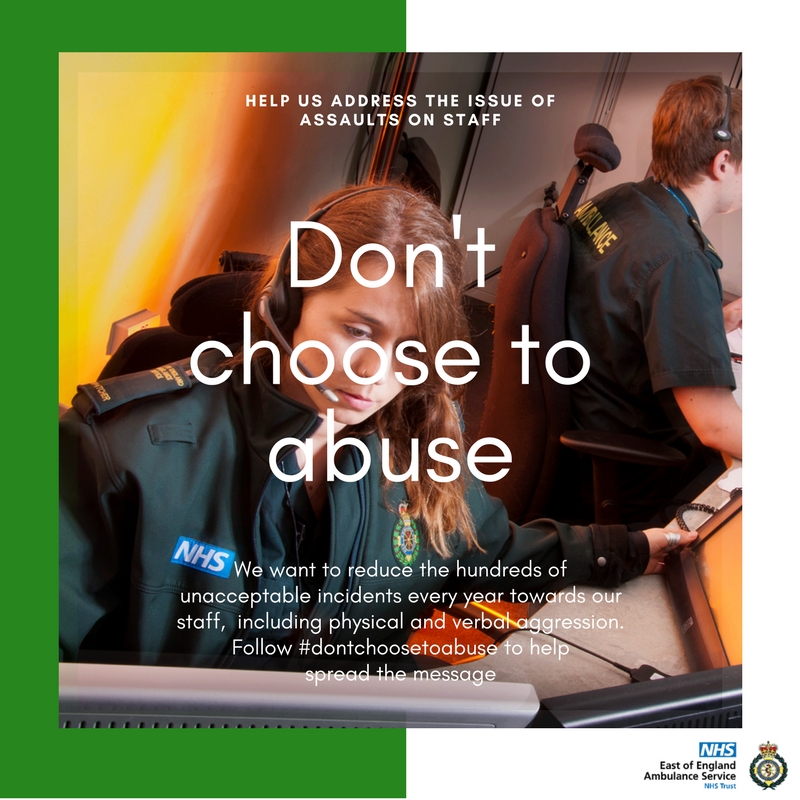 Jenny Coventry has worked in emergency operations centres for EEAST for the past 13 years.

I enjoy the contact with the general public and the satisfaction of knowing I have done my best to help people when they most need it.

A few calls have been memorable for different reasons, some good, some bad. If I had to pick a favourite it would be a call for a young mum who was in early labour at the side of the road. The father delivered the baby. It was not an easy call as the baby presented feet-first, so I had to give breech delivery instructions. Also the baby did not breathe straight away. The focus of the call was about working as a team with two perfect strangers in order to help them bring their baby daughter, as safely as possible under the circumstances, into the world.

The calls that have stayed with me for the wrong reasons tend to be the ones where communication and teamwork is not possible either because the caller does not want to help the patient or where communication is not effective for other reasons such as a caller suffering from alcohol or drug intoxication, or someone being deliberately obstructive.

I deal with varying degrees of abuse from callers nearly every working day. Some of the abuse does not affect me as I can see the reason behind the abuse. The caller is having a reaction to a set of circumstances outside of their control and that comes out as anger. What is more upsetting is where the abuse appears to be unfounded often from drunken callers or callers under the influence of other substances. The abuse becomes personal. In some instances threats of violence have been made for example “I’m going to track you down”. In other cases it is nearly impossible to help the patient as there is a prolonged stream of abuse and any attempts to calm the caller seem to fuel the fire. I find this upsetting and frustrating as it means I am not able to provide the level of care to the patient that I aspire to.

The abuse has affected me in different ways, both mentally and physically. I have lost sleep over some calls. On occasion I have gone home and cried. More recently I have suffered from raised blood pressure. It is telling how much the abuse affects my physical wellbeing, in that after shifts in which I have encountered verbal abuse I have had very high blood pressure despite being on medicines which are extremely effective the rest of the time.