CFR blog: There is a lot of satisfaction in helping people 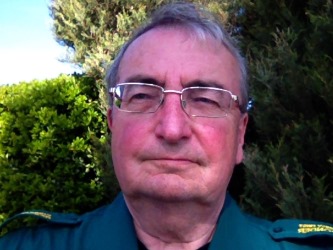 Mike Poulton, a member of Wroxham and Hoveton CFRs, has volunteered to help the ambulance service for the last five years…

One day my wife noticed a CFR visiting one of our neighbours and she said "you could that". It was as simple as that, so I contacted the local co-ordinator and the rest is history.

Normally I am on call for an average of just over 100 hours a month and I have attended over 400 calls, in addition I help with the training of new responders.

During the five years there have been many highlights, and a few low points, but if I had to choose one it would be the four year old girl who had dislocated her elbow at school.  I could do nothing about the pain except distract her and after finding her favourite book and asking her questions about it as we went through the pages together her distress gradually changed to smiles.

The main challenge is often finding the patient in the first place. In some areas where houses have no numbers, only names, it is difficult enough during daylight but at night it is almost impossible. Also holiday makers on boats often don't realise that Hoveton exists, to them it's all Wroxham and on a number of occasions we have arrived at moorings in Wroxham when in reality they on the other side of the river.

But for all that I would tell anyone thinking of becoming a first responder there is a lot of satisfaction in helping people and I don't just mean the patient. Your presence before the backup arrives often helps the family.