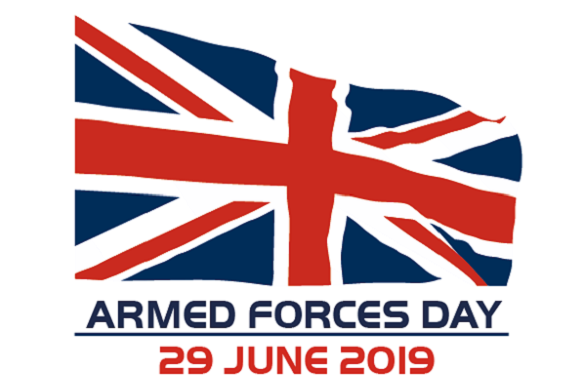 Saturday 29th June is the start of Armed Forces Week 2019. Terry Hicks, Head of Operations for Norfolk and Waveney is also our armed forces champion.

My name is Terry Hicks and I’m the head of operations for Norfolk & Waveney. I am also the Trust's Armed Force Champion. As this week is Armed Forces week, I would like to provide an insight on what we do to support military reservists and veterans across the trust.

EEAST are proud supporters of the United Kingdom Armed Forces, and actively encourage engagement, recruitment, and development of service leavers, veterans, their dependents and reservists. Obviously our primary function as a provider of medical care means that we do attract staff from similar backgrounds, but this is not an exclusive role; indeed we have staff that are reservists in a number of settings that are not necessarily medical including RAF Regiment, Army Infantry Regiments, Royal Marines, and Air Operations support.

Across the Trust we currently have approximately 25 staff with reservist commitments (less than 1% of our total workforce). Reservists are dedicated men and women who give up their time to train and serve in the Armed Forces, combining this with a civilian life and career.

The average reservist receives approximately £8000 of training per annum in skills such as communications, IT and LGV licences. Therefore the more Reservists the Trust employs, the more we can benefit from these transferrable qualities. Exposure to Reserve Forces also develops core values including teamwork, leadership and the ability to improvise in unfamiliar of difficult circumstances.

Medical reservists however play an essential role in the Armed Forces and bring a wealth of skills and experience to NHS organisations. Our student paramedic and apprentice programmes therefore offer the opportunity to redeploy to alternative regiments and companies. There is also a national initiative called ‘Step-into-Health’ which is a NHS-led scheme that identifies employment opportunities for military staff and their dependants, no matter where in the UK they live.

We work closely with Defence Employer Recognition Scheme (DRES) and NHS employers in support of providing an overarching governance and best practice structure when employing reservists; as the ‘Armed Forces Champion’ it is part of my role to act as an advocate and conduit for all things to do with these valuable staff, which is linked into the respective local networks. We have affiliated links to a number of reserve units, but predominantly 254 Medical Regiment of the Royal Army Medical Corps who have their headquarters in Cambridge.

As part of our enduring relationship with the military, the Trust has formally signed the corporate covenant, the Step-into-Health pledge, both of which require an active and ongoing commitment. Last year the Trust was awarded the Gold Award from the DRES in recognition of our support and commitment to reserves and veterans over the past five years. We are one of only three UK ambulance trusts to hold this award.

We have found that many of our newer recruits are joining from a forces background and bringing their reserve commitments with them, in addition to those staff already employed by us. From a wider perspective, recruitment and retention of armed forces staff into the organisation is further demonstrating our ongoing support to this group, as well as into the ongoing recruitment of new staff.

We have supported operational deployments for staff that have been mobilised to serve in Afghanistan and the Middle East. Some of our staff have been regularly deployed as part of the MERT in repatriating seriously ill or injured personnel to the UK Hospitals from conflict affected or humanitarian challenged areas. We even have some reservists that have more recently been part of the UK team to teach and train NHS staff mobilised to West African countries affected by the Ebola Virus.

We also fully understand the vital role that spouses and dependents play in ensuring the continued dedication from our reservist’s staff. Our ‘Armed Forces Reservist’ policy caters for additional support that the organisation can provide for them. This also extends to the opportunity to apply to our vacancies across our diverse region.

The Trust has developed a 'Wellbeing handbook for veterans' to help them navigate the support and treatments available to them. This is also designed to support their families and dependents. This handbook has been written with the support of 'Combat Stress' and has been informed by the experiences of the veterans and service leavers and their challenges with accessing appropriate treatments.

The Trust's Wellbeing Hub is being extended with a peer support group: veterans are invited to become part of this group to ensure any specific needs are met.